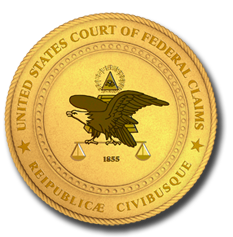 Gil is admitted to the United States Court of Federal Claims, and has represented clients in Texas and other states who have suffered adverse reactions to vaccines.  Gil has successfully prosecuted vaccine claims in cases involving many different adverse reactions, minors, healthcare providers, and wrongful death.  Please contact Gil to discuss your or your loved one’s potential vaccine claim.  Gil may represent people from across the United States in such matters.

Some important information about vaccines claims follows:  The National Vaccine Injury Compensation Program (“Vaccine Program”) comprises Part 2 of the National Childhood Vaccine Injury Act of 1986 (“Vaccine Act”). See Pub. L. No. 99-660, 100 Stat. 3755 (1986) (codified as amended at 42 U.S.C. §§ 300aa-1 to -34). The Vaccine Act became effective October 1, 1988. It establishes the Vaccine Program as a no-fault compensation program whereby petitions for monetary compensation may be brought by or on behalf of persons allegedly suffering injury or death as a result of the administration of certain compulsory childhood vaccines. Congress intended that the Vaccine Program provide individuals a swift, flexible, and less adversarial alternative to the often costly and lengthy civil arena of traditional tort litigation. 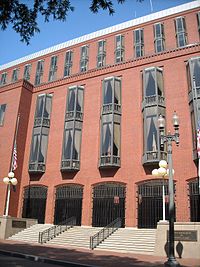 All vaccine claims are managed and adjudicated by the congressionally created Office of Special Masters, which consists of eight special masters who are appointed to serve for four year terms. The Office of Special Masters is established within the U.S. Court of Federal Claims which appoints and removes the special masters and to which the special masters’ decisions are appealed. A special master has two primary functions: case management, which involves overseeing the collection of information and setting time frames for its submission; and decision making, which involves determining the types of proceedings necessary for presenting the relevant evidence and ultimately weighing the evidence in rendering a final, enforceable decision. In each case, the special master actively and frequently interacts with the parties, generally through counsel representing petitioner and a Department of Justice attorney representing the Secretary of Health and Human Services, to ensure that the case progresses effectively and efficiently. The parties are also given several opportunities early on in the case to ask questions, raise concerns, discuss generally how the system works, and, if appropriate, learn the special master’s tentative conclusions and findings. Throughout the entire process, the special master makes every effort to balance Congress’s vision of streamlined proceedings with the parties’ right to a fair opportunity to present their cases. The special masters’ rules, orders, and other published communications, such as the special masters’ Guidelines for Practice Under the National Vaccine Injury Compensation Program, likewise evoke a philosophy of guidance, cooperative effort, informality, and reasonable speed in presenting and deciding the case.

Mr. Gil Daley, I would like to thank you for your outstanding services.  Not only did you accomplish everything I hired you to do, you answered every phone call and email I sent to keep me updated throughout the entire process.  I deal with many attorneys in my line of work and you are honestly one of the very few who keep a client informed.  I will certainly use your services again if needed, and I have already recommended your services to anyone I know needing an attorney.  Thank you for a…

As a small business owner, it is critical to have an attorney who carefully reviews and explains legal options while placing everything in the context of business decisions.  Gil is a pleasure to work with, but can be tough when called for.  And his fees are reasonable!

By Mr. Daley being my attorney I’m confident that I will be just fine. I strongly recommend Mr. Daley to anyone who is in need of legal counsel.

Gil has been understanding and caring through a very difficult ordeal.  His caring approach with us, combined with his experience and expertise has given us a great peace of mind that he is representing our family.

Gil, you have helped me in many ways, your professionalism has been a relief for me and my family, and it is great to know there are still good, hard working people in this world willing to help others when no one else will.  Your knowledge and legal advice are keys to the success of your office.  Your work helped give me peace of mind.  Thank you always, and remember if there is anything you need, please do not hesitate to let me know if there is anything I can do.

Gil is a very hard working attorney.  He helped my sisters and I through a very hard time.  He listened to what we all wanted, told us the best case scenario, and got us what the law allowed.  He personally returned every phone call and email.  Gil was always honest and up front with us.  He is a very patient, caring attorney.  If you find yourself in need of an attorney with his line of expertise, I highly recommend him.

We trust you and respect all that you have done for us. Thank you again.

Attorney Gil Daley was professional, respectful, and kept us informed every step we took with our case, which gave us peace of mind.  We would highly recommend him.

I have chosen Gil to represent me on more than one occasion. His dedication, experience and skill brought my cases to successful conclusion. I highly recommend Gil to secure your best result!

Professionalism’ is sometimes difficult to attain, and even more difficult to maintain.  Gil Daley has mastered the process.  His ability to ‘over-produce’ his promises is a rare trait among any profession, and especially true in the legal profession.  Gil is now a friend, and will be my legal professional when I am in need of that area of expertise.

James “Rocky” Lagno was so sick that doctors only gave him about a year to live. Having been diagnosed with late-stage lung cancer, even

J&J to pay $2.5B to settle hip-replacement lawsuits

Johnson & Johnson will pay about $2.5 billion to settle thousands of lawsuits filed by patients who already underwent surgery to replace